SAP Indirect Access - Is it a Bad Business Move?

By now most of you have heard of the SAP indirect access case. And you know the result. In SAP and Diageo Great Brittan Limited, Diageo was found liable for indirect access through Salesforce. Our SAP Access customers are certainly concerned about this issue. Let’s take a look.

The key in that finding is the Courts interpretation of directly or indirectly. The Court agreed with SAPs assertion and declared in its findingd. "SAP is entitled to an account of the additional license and maintenance fees due from Diageo and an order for paymenmt of the sums found to be due on such an amount." As of the date of this writing the amount has not been set.

Why did SAP decide to enforce its indirect user clause now? Why would SAP lay it all out in the Diageo case? Can the answer be as simple as the cloud? And is this good business for SAP?

SAP has the right, as any business does, to enforce its contracts. One can shift the blame for this case squarely into Diageo’s lap. They should have read and understood the contract. Diageo should have an IT Department that knew the costs of indirect access and how to avoid it, or they could have simply paid for each indirect user as they were brought into the system. It is an easy argument to make. However, I believe we can discuss the business case and how SAP behaved as a corporate citizen without removing some blame from Diageo.

In a typical SAP contract, users who indirectly access SAP must have an SAP user license too. And, yes, all agreements are slightly different. A company can try to protect themselves by adding a more clear definition or adding something like, “indirect access will be classified as user type ESS.” If you don’t have a clause in your contract, perhaps this is the time to make an agreement with SAP on what constitutes indirect assess for your operations. The clean simple definition for you to keep in mind is:

the user of that external data must to be covered by an SAP license.

SAP and Selling You on Connections

SAP has made their mark by telling their customers to connect every system to SAP. This is the reason for having a massive SAP ERP system. Connect everything to it – the internet of everything! So, now this much-touted capability may be a pitfall for many businesses. If you are the CIO and you are five, ten, fifteen years into SAP – you can’t even fathom switching vendors. And if the point of SAP implementation was to connect every system to it, all your third-party applications, well it may just be time to do an indirect user audit. Has SAP put us in a no-win position?

One can argue that this move is going to be counterproductive to SAP in the long run. And as painful as the decision may be for the C-Suite, it may be time to move off SAP.  A movement in the modern IT operation is to embrace connectivity and SAP may make it cost prohibitive to do so. There is a trend to move to cloud technology and interfacing of best-of-breed cloud applications. SAP’s decision to push the indirect access contract hinders the aggressive move toward full company incorporation. And this could be a mistake for SAP.

Leave a comment below - How do you feel about this topic? Is this a bad move by SAP? Should connectivity trump the current business model of indirect access pricing?

Lori is our Director of Customer Success here at Michael Management, it's her job to make sure the clients and students of Michael Management get the most out of their SAP training. Please feel free to contact her if you have any questions!
More Blogs by Lori Moriarty: 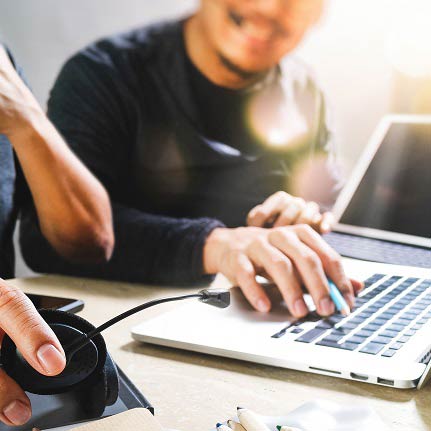 A highly trained workforce benefits the employer in multiple ways. Research shows that educated workers are more productive on the job. Clearly, employers have a strong stake in providing continuing education ...

How is your corporate SAP training program doing? Over our years of delivering award-winning SAP training to students around the world, we have learned what makes SAP training more palatable for learners. ...

Do you know how to create a business case for S/4 HANA in your organization? In addition to our SAP training, we want to keep you up to date on the best business techniques surrounding SAP software.   Companies ...

Previous Post:
Eating your own dog food: How we use our own SAP training
Next Post:
What SAP Pros Learned in 2019, And How It Can Help You in 2020
Added to cart
Go to Cart
Recommended Savings:
Upgrade to Unlimited SAP Training
$1,599
Upgrade