Made in Germany, Serving SAP to the World

10/4/2019 by Claire Albaum Posted in MMC News
Share with your friends: 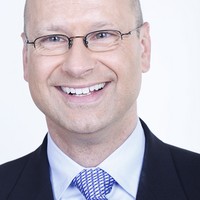 When you picture the CEO of Michael Management, what do you envision? Perhaps a fancy suit-wearing man named Michael? Well, I'm sorry to burst your bubble, but all of that is incorrect!

Contrary to popular belief, the CEO of Michael Management is actually named THOMAS Michael, and even though he is a successful business man, you won't catch him sitting in a high rise in a smart suit.

Rather, you might catch him wearing jeans in the comfort of his home office, or perhaps, playing the drums in Manhattan with his band, No Refunds.

I'm happy to introduce my boss, Thomas Michael: the man, the myth, the legend behind Michael Management.

From Hamburg to Houston

Before becoming the founder of MMC, Thomas Michael worked as an SAP consultant, specifically within the Asset Accounting Module. His Asset Accounting skillset is what led him to an SAP project in Houston, Texas.

Being, 'young, silly & single' as Thomas puts it, he was excited about a new frontier and adventure, so he packed up his bags and headed West.

Originally from Hamburg, Germany, Thomas's relocation to Texas was quite the culture shock. And while he is no longer based out of Texas, he is still living in the US, with his beautiful wife & colleague, Michelle Michael.

Who would've thought that an Asset Account project in a foreign land would open up a world of new possibilities (one being an award-winning SAP training platform)?

The Humble Beginnings of MMC

In the midst of the Y2K craze, SAP jobs boomed, and Thomas decided to open up a boutique SAP consulting firm named, 'Michael Management'. MMC was not originally intended to be an SAP eLearning platform, in fact, the company started out by doing consulting work for large companies.

However, over the years, Thomas noticed that a lot of his consulting clients kept asking for better, more affordable training for their new employees. At that point (in the early 2000s), the options for SAP training included: going to an SAP training center, having classroom sessions or bringing in an in-house trainer. All of these options were expensive, and frankly, quite dull. Thomas describes this type of training as, 'death by PowerPoint'. At that point in time, online SAP training just did not exist.

This is where Thomas swooped in. In 2007, he decided to introduce simulation training onto the platform. Thomas realized that 'death by PowerPoint' kind of training was both boring and non-effective. Individuals could sit through 5 days of SAP training and STILL not know the basics (creating an invoice, for example). He realized that the hands-on approach to learning was missing within SAP training.

Therefore, he decided to produce online training that explained both HOW and WHY to do things in an SAP system. After a few iterations, he discovered that MMC users responded favorably to a format where they felt as if they were logged in to a real SAP system. In this way, students could see exactly WHERE you click on a box or button, and WHY that is. This was the root and start of MMC's hands-on training.

As you can see, our training has continued to evolve as we've moved towards instructor-led, video-based courses. However, there is a red thread through all of MMC's training: we aim to create the best possible training content for our students. We listen to our students and adjust accordingly.

We're always open to new horizons and new ideas. What's the next big thing? That's not an intimidating question for Thomas, but rather, an exciting challenge that has catapulted him to his success today.

What's the Difference Between MMC and SAP Learning Hub?

Even though this has already been established, I think it should be noted once more time to exaggerate the importance to MMC: we are the antithesis of 'death by PowerPoint'. We are a fun trendy cousin to SAP's Learning Hub.

We believe in hands-on, engaging training, whereas Learning Hub believes more so in a 'one slide after another' type of approach. At this point in time, we are the second largest online SAP learning platform next to SAP itself. We often get asked the question, 'well, why should we choose YOU over SAP'?

Besides the differences in pricing, the biggest difference is the way in which we deliver the material.  Thomas acknowledges that every company has a learning culture, and that is vital to figure out before picking a training style. Does your company prefer video-based, classroom, or one-on-one training? If the answer to that question is video-based learning, then we're going to be a good fit.

In addition, as a smaller, more personable company, we pride ourselves on being easy to work with. For example, our corporate customers are able to transfer our training licenses from one user to another. We know that one SAP user does not always need training for the entire 12 months out of the year. So with our training, 'Bob' can use the license for 3 months and then it can be transferred to 'Sally' next so that she can train. Our main goal is to make this process easy, approachable and interesting.

If that is ever not the case, let us know!

The Michael Management team is small but mighty. I asked Thomas what he thinks makes our team 'tick'. He gave me the top 3 ingredients to our secret sauce for success:

Even though Thomas didn't mention this in our interview, as an MMC employee myself, I feel like I can confidently say that a big ingredient is HUMOR.

I'd like to think that we've created a culture that makes business fun. At the end of the day, we're a group of individuals who feel passionately about promoting learning.

The Future of Michael Management

We've been up and running for 20 years, and we have no intention of slowing down. The future is exciting for us.

This year we've been accomplishing some of our longtime goals. Namely, we recently began releasing foreign language courses. With SAP students from over 130 different countries, we are truly a global community of SAP students from every corner of the world. Therefore, we decided it was time to expand our language options. We've published several courses already, and plan to continue expanding.

In addition, we're shifting even more so towards video-based content. We've put a lot of eggs into the video basket. We're also starting to expand and roll out non-SAP courses. For example, we recently published courses in IT-Project Management as well as Excel. These courses aren't necessarily on SAP software, but they are related to SAP, and we're excited to see where it takes us!

Overall, we are constantly striving towards building out our position as the number one alternative to SAP's Learning Hub.

Why choose SAP over competing software? When I asked Thomas this question, he had quite a startling statistic to prove exactly why someone should choose to learn SAP.

90% of the Global 2000 Companies (largest companies in the world) use SAP software to run their businesses. Oracle may be the next biggest competitor, but it's tiny compared to SAP.

SAP software has become a de facto standard in mid to large-sized companies, so it is very likely that you will have to work with SAP software.

SAP is ALMOST a monopoly, and therefore, a very smart professional investment.

A Few Words of Advice from Thomas

Thomas is very forthcoming in admitting that learning SAP is not easy or quick. While SAP basics can be learned quickly, becoming a master is quite an undertaking.

Thomas has been working with SAP for over 20 years, and while he considers himself an expert in Asset Accounting, that doesn't mean he's good at every other module in SAP. In fact, he says that he is constantly learning.

He wants SAP learners to know that it's OK to not know EVERYTHING about SAP. The learning process will never be complete, so it's best to pick an area that you know you're good at and go from there.

But remember, even experts need to know the basics. Take it from Thomas and never stop learning!!