Four Reasons Why You Should Learn Python 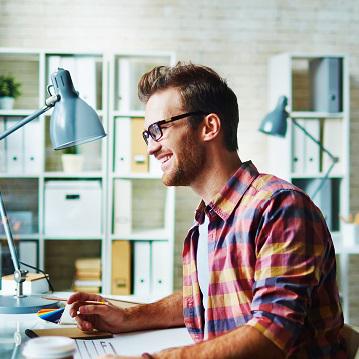 I’ve been programming computers since the early 1980s when my dad bought me an Atari 400 (it had a cassette for loading programs and a mere 16K of memory).  I started off with the BASIC language.  But over the years, I would code in other languages like C, C++, PHP, Cold Fusion, and Swift.

No doubt, all of them had their pros and cons.  Yet there is one language that is my favorite:  Python.  It’s fairly easy to learn and has intuitive syntax.  Yet it is still incredibly powerful.  You can use it for anything from a simple script to the development of an enterprise-grade application.

Python has been around since the late 1980s.  The creator of the language is Guido van Rossum, a computer scientist from Europe.  He saw an opportunity to develop something that would better meet the needs of the academic world. Van Rossum also believed that the open-source model would allow for wide-spread adoption (something else:  He named the language after his favorite comedy show, Monty Python's Flying Circus).

And yes, he has certainly been proven correct.  Consider that Python is currently one of the world’s top languages.  According to a survey from Stack Overflow, it is the third most popular among roughly 65,000 developers across the globe.

Note that many of the world’s top tech companies consider Python to be strategic.  Here’s what the Director of Research at Google, Peter Norvig, said about the language:  "Python has been an important part of Google since the beginning, and remains so as the system grows and evolves. Today dozens of Google engineers use Python, and we're looking for more people with skills in this language."

OK then, so what are some of the key reasons to learn the language?  Well, there are quite a few.  But let’s take a look at four of the main ones.

1. Python Is A Career Enhancer

Some languages like Java and C++ can take many hours to understand.  Then again, the structures can be complex and highly technical.  But this is definitely not the case with Python.  For example, in my new Python course for Michael Management, you can learn the fundamentals in only about two hours.

Keep in mind that – if your resume says you know Python -- this will certainly be a plus when getting a new job.  A survey from DAXX shows that an entry-level coder in the U.S. makes an average of $74,435 per year while an experienced developer can earn $127,217 per year.  Hey, becoming a Python coder might be a good choice for a change in a career!

2. Python Costs Nothing But Has Lots of Value

Since Python is open source, the language is free to use (this is so long as you contribute any enhancements to the codebase for free).  The add-ons are also free.

Another nice advantage of Python is the massive global community.  This not only means that the language continues to evolve and improve but there is much content and resources.

If you have a question or an issue, finding a solution should be easy.  A quick search on Google is usually all you need to do.

3. Python Is a Modern Language

Python has all the core capabilities any sophisticated language should have.  These include the use of object-oriented programming, memory management, caching, lambda functions, and so on.  This is why Python is often used as a learning tool in college programming courses.

So yes, Python can be used for just about anything.  For example, you can use it for web testing, data scraping, automation, game development, site development, APIs (Application Programming Interfaces), and even embedded systems on IoT (Internet-of-Things) devices.

But Python’s is particularly useful for machine learning and artificial intelligence (AI).  Part of this is due to the language’s academic roots.  But Python also has a strong ecosystem of third-party add-ons.  After all, some of the most popular AI platforms use Python, such as Keras, TensorFlow, and PyTorch.

There is also Jupiter Notebooks.  This is a web-based system that allows you to create ML and AI systems that you can share with others – all via Python.

4. Python Is Great For The Business World

Python is business-friendly.  Python has a myriad of third-party tools – such as Plotly, Seaborn, and Pandas – that have powerful functions to create charts and diagrams based on large amounts of data.  The language is also great to experiment with new apps, such as to create a minimum viable product (MVP).  This can be a huge time saver and improve the odds of in-house app development.

True, Python’s speed may be somewhat slow for certain mission-critical enterprise solutions.  But there are solutions.  Python comes with integrations with other languages like C and Java.

So, given the small amount of effort needed to be proficient in Python, learning it does make a lot of sense.  And more importantly, it should be a nice catalyst for improving your business success.

If you’re interested in learning more about the basics of Python, check out my course,  Python Language- Learning the Fundamentals on Michael Management.