What is Blockchain? Understanding the Basics & Looking to the Future 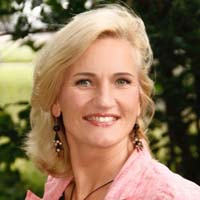 Blockchain is steadily on its way to becoming a household term. In fact, Leslie Bass (MMC Director of Training Development) mentioned that on a recent episode of Jeopardy, one of the questions that came up was, “what is Blockchain technology?”

Blockchain is permeating society, ushering in unprecedented amounts of interest, intrigue, and curiosity about what it entails, how the technology works, and what the future holds. Luckily for all of us, we interviewed Jolanda ter Maten, one of the most influential Blockchain experts, to help us break down and understand the basics of Blockchain technology.

Jolanda’s introduction to Blockchain was quite serendipitous to say the least. While attending a technical conference, she accidentally walked into the wrong workshop. The conference was held in a huge building in Amsterdam and understandably, Jolanda got a bit lost and ended up walking into a random workshop room. The door closed, the lights went off, the workshop started, and the word BLOCKCHAIN appeared on the presenter’s screen.

Jolanda quickly realized that the workshop was IT related, but she was thrown off when she heard the presenter say that, “banks may become redundant”. She had no idea where that came from, or what he was talking about. After the workshop, Jolanda intended to forget about this ‘strange new technology’, but as it so often happens, she began hearing and reading about Blockchain EVERYWHERE.

This sparked her interest and she became fascinated, setting out to learn everything she could about Blockchain. She mentioned that people were so excited and generous with sharing their Blockchain knowledge with her; in fact, she regularly would exchange a cup of coffee for information about Blockchain, and quickly became active in the Blockchain realm.

Connecting the Technical with the Non-Technical

With her background in IT and Business Processes, the Dutch Blockchain Coalition asked Jolanda to represent the Netherlands at ISO. In addition, she worked as a consultant for the European Commission’s Blockchain Observatory and Forum, which researches themes that are interesting to a general audience and then writes non-technical reports that are all publicly available. For those interested, I highly recommend reading through the Blockchain Observatory and Forum reports to learn more about Blockchain technology.

Jolanda is also a highly skilled trainer, speaker and entrepreneur. Her mission is to connect technical people with non-technical people and to present technology as a means to reach another goal instead of as a final goal.

I personally took Jolanda’s Blockchain Fundamentals course, and I can attest to her skill of presenting technology in a clear and relatable manner.

Jolanda is the first to state that Blockchain is still developing, but she feels very strongly about it being here to stay. In her professional opinion, we’ve only gotten a taste of what Blockchain will achieve. So, what exactly is Blockchain?

Blockchain is a technology that enables peer to peer transactions, which means that an intermediary or a central authority is not needed as a trusted third party. Once Jolanda understood that concept, she understood the comment from the presenter at the workshop who said that ‘banks will become redundant.’ Jolanda believes that is a bit of a stretch as she feels there are still quite a few things that will require a bank, but there are certain elements of banks that will become unnecessary since Blockchain does not need a trusted third party to interact.

The best-known example of this is Bitcoin. Bitcoin is able to transact value worldwide, without a bank or other intermediaries, using Blockchain technology. Jolanda acknowledges that Bitcoin is often confused with Blockchain, and while it is one pertinent example, Blockchain goes well beyond the confines of cryptocurrency.

Jolanda explains that there are 4 defining characteristics that set Blockchain apart from other databases or other ‘normal’ connected systems:

Jolanda is the first to tell you that Blockchain can be a complicated concept at first, but hopefully these four defining characteristics succinctly summarize how Blockchain sets itself apart.

Jolanda explains that SAP is capable of integrating multiple business applications, based on transactions, and with Blockchain, you can easily integrate this with other systems and businesses, even across industries. Since the system is decentralized, the data does not need to be migrated or exported from one system to another since it is just one decentralized system; therefore, this makes it less sensitive to fraud and error. She feels that besides the financial industry, Supply Chain is a very important industry that can benefit from Blockchain because of its transparency, immutability and clear audit trail.

At the beginning of this year, SAP launched a supply chain tracking service that is based on Blockchain. It enables drug wholesalers to authenticate the pharmaceutical packaging that gets returned from hospitals and pharmacies. Blockchain provides a secure and near-real time data which is decentralized, so there is not one central party, but rather, there is consensus in the business network on the validity of the data. So, when these packages come back, nobody can temper with the expiration dates, ingredients etc., because everything can be traced in the Blockchain. This is just one of many examples where SAP can benefit from decentralized technology.

What does the future hold for Blockchain?

Jolanda believes that Blockchain can create great value for people and positively impact the way we do business. She states that the disruptive element of Blockchain is that it takes out the necessity of a third party, and instead, provides a transparent and secure environment where transactions are trustworthy.

She envisions that the combination of Blockchain with other technological innovations, such as Artificial Intelligence, could provide an unprecedented level of automation for redundant administrative processes. By using technology to automate such processes, we will be able to pay more attention to the human side of things, and thus dedicate time to really customize work for customers instead of always being busy with the administrative process. Therefore, human work will get more valuable, and we will be able to help each other where it really matters, instead of helping each other with the bureaucracy of processes.

She believes that Blockchain is here to stay because we need this level of transparency and trust. Blockchain technology allows us to have trust in all transactions that we do. And she states that since we know what’s available now, there’s no going back. While Blockchain is not guaranteed to stay, the idea of decentralized and transparent technology is not going anywhere.

Preparing for the Future of Blockchain

Jolanda encourages everyone to educate themselves about Blockchain technology. She acknowledges that there is a sizable amount of free information on the internet surrounding Blockchain, but the tricky part is finding information that is correct and understandable for different levels of learners.

Jolanda encourages that the understanding of technological innovation is vital for its adoption, so her mission is to make Blockchain technology understandable for all levels.

Enrolling in a course, such as Jolanda’s Blockchain Fundamentals course, is a good place to start and a guaranteed credible source. As Jolanda said, this type of technology is here to stay, so better to get ahead of the curve instead of scrambling to catch up!